Getting you back to work, sports, life…..at any age!

Save time at your first visit, complete the registration forms ahead of time.
View Forms

“Excellent! Love that the Clinic has a full gym attached. Rich and Ali helped me reach my goal of getting back out on the trails after total knee replacement. I was hiking in the Hansville Greenway 3 months post surgery!”  – Melissa W.

“My first visit was great. We are going to work on underlying conditions causing pain. I am hopeful that my therapist wants to help me and is very experienced. I would recommend to anyone seeking physical therapy to be seen and treated here. Front desk staff is friendly and helpful also. Casual environment and they take Medicare.”  – Anna M. 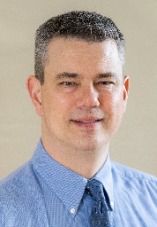 Extracurricular Interests/Hobbies:
Eric is a native to the northwest having been born in Vancouver, Washington; growing up primarily in Oregon; then making his way to Kitsap county with his wife and daughter in 2003.  He attended Pacific University in Forest Grove, Oregon for both undergraduate (Chemistry) and Physical Therapy School from which he graduated in 1997.  Since then he has pursued his interest in Manual Therapy through extensive coursework with the North American Institute of Orthopedic Manual Therapy (NAIOMT), having achieved their Level 4 certification (spinal manipulation) several years ago.

In addition, he has recently become certified in the Schroth Method for treating scoliosis (C1) along with having completed his Doctor of Physical Therapy degree in 2016.  Eric and his wife have since had a second daughter and have been blessed to watch them both grow into strong, funny, confident young women.  In his spare time, Eric enjoys doing projects around his home, playing golf, running, and traveling on road trips with his family to explore many of our country’s National Parks. 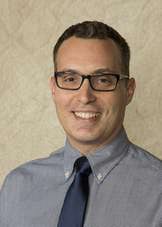 Extracurricular Interests/Hobbies:
John is a Navy kid who was born in Hawaii but grew up in Kingston, WA.  He currently lives in Kingston with his wife and son.  In his free time he enjoys hiking, playing with his son, exercising and volunteering with his local congregation.

Extracurricular Interests/Hobbies:
Heather recently relocated to the Kitsap area from Pennsylvania, where she grew up and attained both her undergraduate and graduate degrees. She believes strongly in being a lifelong learner. She is a passionate foodie and enjoys exploring new places to eat. When not in the clinic you can find her creating new art pieces, working out at the gym, or spending time outdoors with her husband and “bonus” siblings. 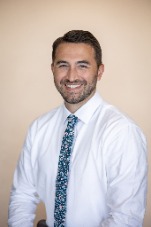 Bachelor of Arts in Excercise and Sports Science
Concordia University-Portland
Portland, OR

Extracurricular Interests/Hobbies:
I grew up in Chimacum, WA and played numerous sports (Baseball, Basketball, Football, Tennis, Golf, and others) throughout my life. I recently graduated from Touro University Nevada with my DPT. I enjoy going on adventures with my wife, golfing, hiking, watching the Mariners and Seahawks, going on walks, and taking our dog to the park. 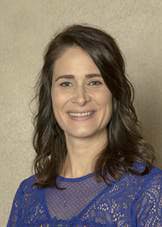 Extracurricular Interests/Hobbies:
Leslie was born and raised in a small town in Michigan, the Naval Submarine force brought her and her husband out here in 1992 where they have called the Great North West home ever since. After being a stay at home Mom for many years and watching her three daughters grow, she found it extremely important to be a strong role model for them, so after a lot of soul searching and wanting a career she enrolled into college.

Due to her passion for helping others and after years of seeing various sports injuries, Physical therapy proved to be the perfect fit. In her free time, she enjoys reading, home improvement projects, rooting for her favorite sports teams, spending time with her family and friends, cheering on and volunteering for her daughters during their many competitive sporting events and is proudly getting ready to send her oldest daughter off to college where she will be attending WSU.

Select a clinic to request an appointment